Maribor is the second-largest city in Slovenia and represents the business, scientific, educational, cultural and political centre of the eastern part of the country. It is a charming city with deep cultural and historical roots that date back to the Middle Ages. It is home to the oldest vine in the world, growing in the city centre itself. The location at the crossroads of important European trails is marked by exceptional natural features, as it is nestled among the green forests of the Pohorje mountains, the sunny wine-growing landscape and the Drava river basin. This represents an exceptional setting for a rich wine tradition as well as a strong sports presence. The surrounding wine-growing region boasts successful winemakers and wineries whose stories are renowned from around the world. Mariborsko Pohorje, which is considered to be Slovenia’s largest ski resort, in the winter becomes a ski resort in the city, which is also famous for international sports events.

Maribor is a university town, home to the second-largest and second-oldest university in Slovenia. Among the seventeen faculties, the Faculty of Medicine and its affiliated University Clinical Center Maribor, which has been operating since the 18th century, are of great importance to the city and Slovenia. The city also boasts a unique and top-notch urban culture, which is strongly embedded in the city’s everyday life, as many top-level festivals take place throughout the year. Many cultural temples ensure that the vibrant beat of the city never fades, and the city enriches exceptional artistic, cultural and historical values of museums, galleries and exhibitions.

Destination Maribor – Pohorje, with high-quality congress and business facilities and opportunities for numerous exclusive incentive programs, is increasingly establishing itself as the host of various national and international congresses, seminars and meetings. With green mountain area Pohorje and sunny wine-growing hills, the destination is well suited for organizing boutique meetings, incentive events and smaller congresses.

Both large meeting rooms with modern technical equipment are available, as well as interesting alternative venues suitable for smaller groups. Classical conference rooms include the Habakuk Convention Center and Hotel City Maribor, which each accommodate 700 delegates, Casino & Hotel Mond for up to 250 delegates, and Draš, which is suitable for groups of up to 180 delegates. For a slightly different, unique experience, you can choose among special venues that will leave a lasting and memorable impression. The Maribor Regional Museum, located in the Old Castle, can host an event with a touch of the unique historical atmosphere in the magnificent Knights’ Hall or the romantic Rococo staircase. The ceremonial Casino Hall at the Slovenian National Theater offers a venue with crystal chandeliers and baroque decoration that will not leave anyone indifferent. The magnificent Dveri-Pax wine cellar with its rich history and attractive cuisine will delight even the most discerning visitors.

In Maribor, you can choose among different categories and types of accommodation, currently holding 2,774 rooms. In the centre of Maribor, there are 419 hotel rooms available in three- and four-star hotels, while additional accommodation is offered in guesthouses, apartments, youth hostels and student dormitories and private rooms. In all categories, the total municipality of Maribor comprises 6,201 beds.

Since 2009, the Maribor Convention Bureau as part of Maribor-Pohorje Tourist Board is assisting meeting suppliers in the destination by promoting meetings and incentive offer at international fairs and exhibitions. It provides meeting organizers with neutral information on conference facilities and suppliers within a destination, as well as offers professional assistance during conferences and meetings in the city. In cooperation with local providers, it is preparing content for advertising and promoting the MICE product, thus developing business tourism and connecting local partners.

Contacts of the Convention Bureau: 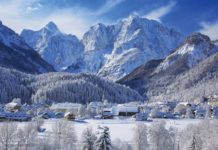 Nova Gorica, the city of roses and fun 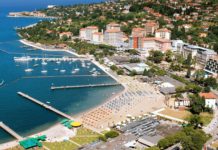