Interview with Gašper Hrastelj, the Deputy of the General Secretary of the Slovenian National Commission for UNESCO. Gašper has been striving for internationalism and diplomacy. Lately, he has been cooperating in a process to accept UNESCO’s recommendations of OER and was the head coordinator when organising the 2nd World Congress OER in September 2017 in Ljubljana. Gašper is currently leading all negotiations on a national and international level to establish the first International Research Centre on Artificial Intelligence under the auspices of UNESCO.

Q: How developed is artificial intelligence in Slovenia?

The Institute of Jožef Stefan (IJS) is known as a pioneer in the field of artificial intelligence, with the first AI exploration starting in 1972. Throughout the years’, several research centres and entities, devoted to developing AI have been established, including the Faculty of Electro Engineering in Ljubljana, where the first lab (LAI) opened in 1981. Today, over 30 organisations and over 200 developers are working in this field, positioning Slovenia among countries with the highest ratio of AI developers per resident. Slovenian institutions, especially the Institute of Jožef Stefan (IJS) and four main Slovenian universities, are well connected with all important artificial intelligence centres around the world and are involved with several international communities and networks of artificial intelligence.

Q: Not long ago, you opened the international development centre for artificial intelligence under the wing of UNESCO in Slovenia. What is the purpose of the centre?

A major confirmation of successful work in the field of artificial intelligence was received in November of last year when UNESCO subvented the establishment of the first International Research Centre on Artificial Intelligence under the auspices of UNESCO (IRCAI). The goal of IRCAI is the foundation of member states of UNESCO and the encouragement of achieving goals of the UN for sustainable development when using artificial intelligence.

The purpose of IRCAI is ensuring an open environment, where alongside AI research, solving global challenges using AI technology, sharing knowledge, the IRCAI will also guarantee a public-political policy and support when preparing plans in the field of artificial intelligence. IRCAI will be connecting AI competencies globally and around Slovenia in order to help create similar centres around the globe.

IRCAI will ensure the proper professional support for governments, international organisations, institutions and the public at systematic and strategic solutions when implementing AI in different fields. It will help to spread and develop capability, including founding development centres, creating educational programmes and creating a platform for exchanging ideas and knowledge.

Q: Can we expect to see visits from foreign experts to Slovenia and international cooperation and in what dimensions?

IRCAI is already working and cooperating with important international organisations such as UNESCO, WHO, OECD, EU. I expect to see this cooperation increase in the future. Interest is noticeable towards cooperation between governments and institutions worldwide.

Q: Will there be any local or international events in the future?

We are planning on hosting a major international conference on artificial intelligence in 2021. I am also expecting IRCAI to organise several events in Slovenia and abroad when the circumstances will allow this. 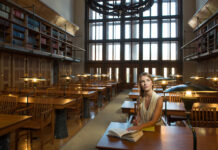 In Stride with Slovenian Science 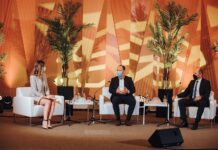 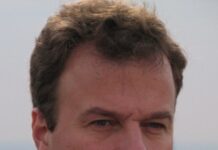